1. Re-urbanisation of Sarajevo (Bosnia and Herzegovina) under the Austro-Hungarian Empire,

Sarajevo has a long history as a settlement, but it become city during the Ottoman period in Bosnia and Herzegovina. After almost five century of Ottomans, Sarajevo inherited urban matrix as well as architectural and esthetical visual identity of city that matches cities made and ruled by Ottomans. After the Austro-Hungarian annexation of Bosnia and Herzegovina (1878-1918) Sarajevo has experienced drastic change, and become a sort of stage for experimentation of the European development process. This period affected its urban morphology, changed five century old image of the city, but also way of living, working, culture and functioning of the city. It is still very interesting to discuss how forty years of development under Austro-Hungarian role made Sarajevo more city, than five hundred rule of Ottomans…or is it comparable at all?

Nasiha Pozder graduated (2003) and received her PhD (2013) at the Faculty of Architecture, University of Sarajevo. Her expertize is Sustainable Urbanism and Smart City. Nasiha is employed at the Faculty of Architecture at the University of Sarajevo since 2004 at the Department of Urban Planning and Spatial Planning as an Assistant Professor. She is a Member of Parliament at House of Representatives of the Federation of Bosnia and Herzegovina (since 2018). Nasiha is a Coordinator of Smart Sarajevo project for Government of Canton Sarajevo (since 2018), consultant for UNDP (2015-2018), lecturer for Friedrich Neumann Foundation at Smart City (since 2013), lecturer for West Minster Foundation (since 2018), and a Cofounder of Smart Cities Education Initiative. Nasiha is active in international projects, international cooperation and workshops, she is also an author at international conferences in the field of urban and spatial planning, sustainable development and smart cities.

2. A (dis)continuous new city: Banja Luka (Bosnia and Herzegovina) during the shift from the Ottoman to the period of Austro-Hungarian rule,

We have witnessed the constant construction of many new cities across the globe, which in different conditions have emerged in different ways. Nevertheless, due to the turbulent history, some of those cities have become new ones more often than others. An example is the city of Banja Luka which after the Austro-Hungarian annexation of Bosnia and Herzegovina (1878-1914) was also perceived as a kind of new city. It is seen through the perspective of a rough and drastic change, since the European development process of the city was carried out in a way, which was completely opposite to the previous one. The second largest city in Bosnia and Herzegovina has faced an extreme change, which have strongly affected its urban morphology, the image of the city, further urban transformations as well as formation of its identity. In describing the specific cultural context of Banja Luka and overall changes it experienced during the shift from the Ottoman to the period of Austro-Hungarian rule, the lecture tries to open discussion about the continuity of (dis)continuous development of the city as always new. Although is focused on the very specific context, the parameters of a "new" can also offer potential prototypical conditions which could be relevant in other contexts as well.

Igor Kuvač is a PhD architect of the University of Granada (Spain), he is a teaching associate at the Faculty of Architecture, Civil Engineering and Geodesy, University of Banja Luka (Bosnia and Herzegovina), and he is a founder and CEO of the Centre for Spatial Research. Igor is engaged in the processes of urban planning with the focus on increasing collective conscious about spatial potentials and planning culture in Bosnia and Herzegovina through activist-design approach. He researches processes of creating architecture, as well as cultural context on the urban transformation of contemporary cities, focusing both on urban and anthropological themes. The mutual correlation between cultural identity and social production of urban space is observed as continuous, dynamic and never ending process.

3. (Re)present(ed): Opposing cultural paradigms and the built environment in Mostar during the Austro-Hungarian occupation of Bosnia and Herzegovina,

Presented timeline follows western imports in the architecture of Mostar throughout the long 19 th century. Contextual analysis begins with the diplomatic struggles over the territory of Bosnia and Herzegovina from early 1830s, explains the relations of the Austro – Hungarian occupation in 1878 and systematic import of the new lifestyle and new architectural styles that were attractive and intoxicating at the same time. Political events are one aspect of the context that is taken into account. Other aspects are related to the cultural life of urban centres in the given period and achievements in arts and humanities that reflected the foreign policies program led by the common minister of finances Benjámin von Kállay. After describing the efforts that the new government put in building and adapting fortifications, military camps, infrastructural and traffic regulation, the analysis goes on with reconstructing the socioeconomic and political background of certain stylistic choices and focuses on Mostar as a micro context. The concluding part offers an insight into well-known paradoxes of the period within the architectural history of Bosnia and Herzegovina that was on one hand – a polygon for historicist and Art Nouveau imports and on the other hand – a root of modern tendencies that counted on traditional relations of the form and function in urban planning, architecture and preservation of the built heritage.

Sanja Zadro was born in Mostar in 1988. She graduated from the Faculty of Humanities and Social Sciences in Zagreb (MA degrees History of Art and Comparative Literature) in 2012. She enrolled in a doctoral program in History of Art in 2013 and she obtained a doctoral degree in 2017. Dissertation topic: Architectural History of Mostar from 1850 until the World War II. Research areas: modern and contemporary art, architecture and urban planning (late 19 th and early 20 th centuries), heritage studies. 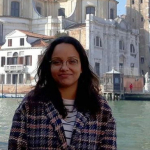 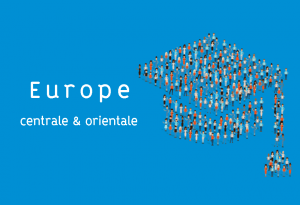 Inalco Alumni Hong-Kong: SAVE THE DATE! You're invited at our BBQ Summer Party!